Aside from being a major global financial center, New York is also a place that attracts art lovers. The role of western art world center used to be filled by Paris, until the development of abstract expressionism movement in the 1940s, a process which took place in New York. As a result, in the following decades New York became a typical destination for those who want to see the most accomplished artworks in the world, belonging to various movements and artists. Here is a basic map of the artistic New York:

Colloquially known as “the Met”, the Metropolitan Museum of Art is the largest museum in the United States and the second most visited art museum in the world with 7.06 million visitors in 2016. The Metropolitan Museum of Art was founded in 1870 with the purpose of popularizing art and art education amongst Americans and was first located on Fifth Avenue.

The Met has seventeen curatorial departments hosting over two million works of art. Some of the items art lovers can admire there are works of art from classical antiquity and ancient Egypt, paintings and sculptures of European masters, American modern art, art from Africa, Asia, Oceania, India, and the Islamic world, antique weapons and armors, musical instruments, costumes, and many others. No matter what your tastes are, you will find something interesting to see there.  There are so many pieces of art exhibited in this museum that you’d need a lifetime to properly view all of them.

The Museum of Modern Art, also known as MoMA, is focused on developing and collecting modernist art and is considered to be one of the most influential museums of modern art in the world. Established in 1929, MoMA is located in Midtown Manhattan and also hosts an impressive library of approximately 300,000 books. Works of art in the Museum of Modern Art collection include works of design and architecture, painting, drawing, photography, prints, sculpture, illustrated books, film, and electronic media.

The developers of this museum were Abby Aldrich Rockefeller (wife of John Rockefeller, Jr.), and two of her friends, Lillie P. Bliss and Mary Quinn Sullivan – they became known as “the Ladies” or “the daring ladies”. The first headquarters were modest and the museum opened just nine days after the Wall Street Crash. The first successful exhibition was curated in November 1929, displaying paintings by Gauguin, Van Gogh, Seurat, and Cézanne. MoMA gained international prominence with the immensely successful Picasso retrospective of 1939-1940, which set the model for all the retrospectives that were to follow at the modern art museum.

Also located in Manhattan, but in the Upper East Side, the Solomon R. Guggenheim Museum is specialized in impressionist, post-impressionist, early Modern and contemporary art. The museum was originally named Museum of Non-Objective Painting, from its establishment in 1939 to the death of its founder, Solomon R. Guggenheim, in 1952. In 1959, the museum moved to its current building, representing a landmark of 20-th century architecture. The institution has sister museums in Bilbao, Spain, and other international locations.

The museum started with a collection created under artist Hilla von Rebay, including the most important examples of non-objective art available at that time. Artists such as Rebay herself, Rudolf Bauer, Marc Chagall, Kandinsky, Amedeo Modigliani, and Pablo Picasso had their works of art included in the original collection. The design of the museum building polarized architecture critics, and some outraged artists protested the display of their work in such a space. However, the building became widely praised at its opening and inspired many architects with its cylindrical shape, wider at the top than at the bottom. 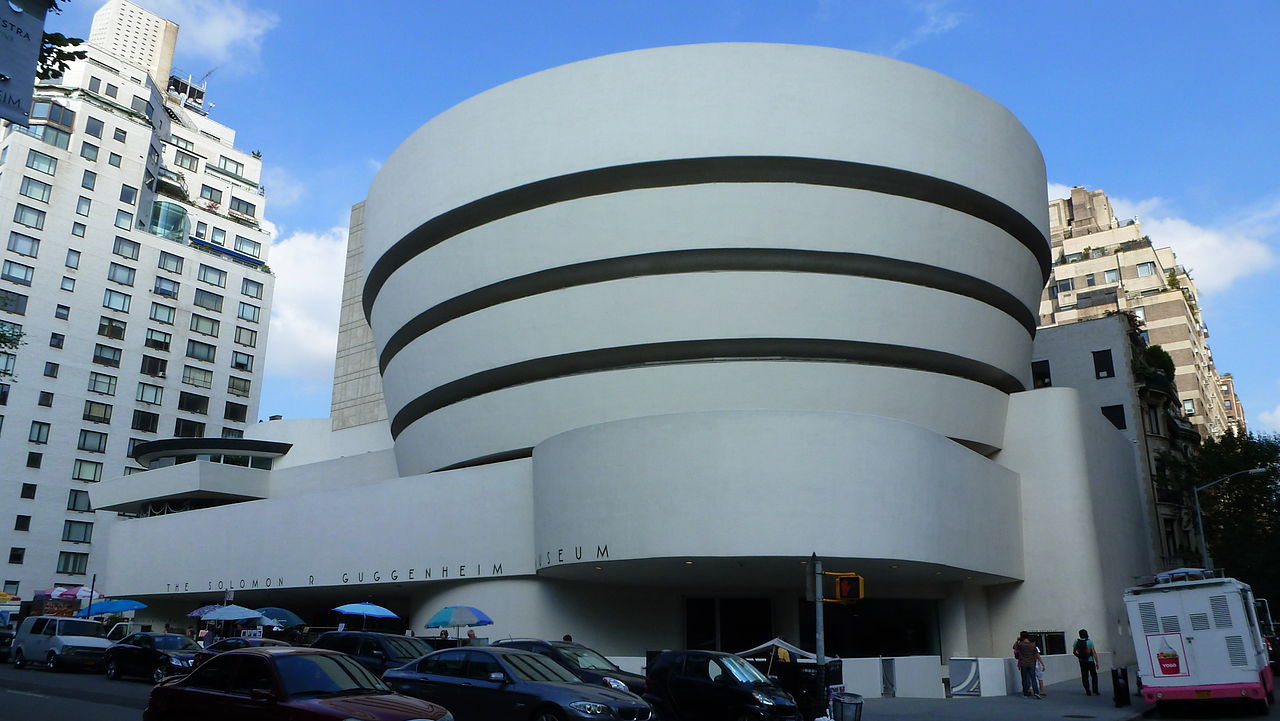 Like the previous museums, the Whitney Museum is located in Manhattan as well and has an informal name – ”Whitney”. It was founded in 1931 by Gertrude Vanderbilt Whitney, an art patron and socialite. The museum focuses on 20th and 21st century American art and its permanent collection includes approximately 21,000 works of art belonging to more than 3,000 artists. If you are particularly interested in the work of living artists, the Whitney Museum of American Art is the best place to go, as well as if you want to discover young or less well-known artists.

The Whitney Museum was located from 1966 to 2014 at 945 Madison Avenue and moved to a new building located at 99 Gansevoort Street, and designed by Renzo Piano. The new location was opened on May 1, 2015 and the ceremonial ribbon cutting was attended by Michelle Obama and Bill de Blasio on April 30, 2015. The new construction cost $442 million and aside from art galleries it includes an education center, a conservation lab, a theater, a library, and reading rooms. 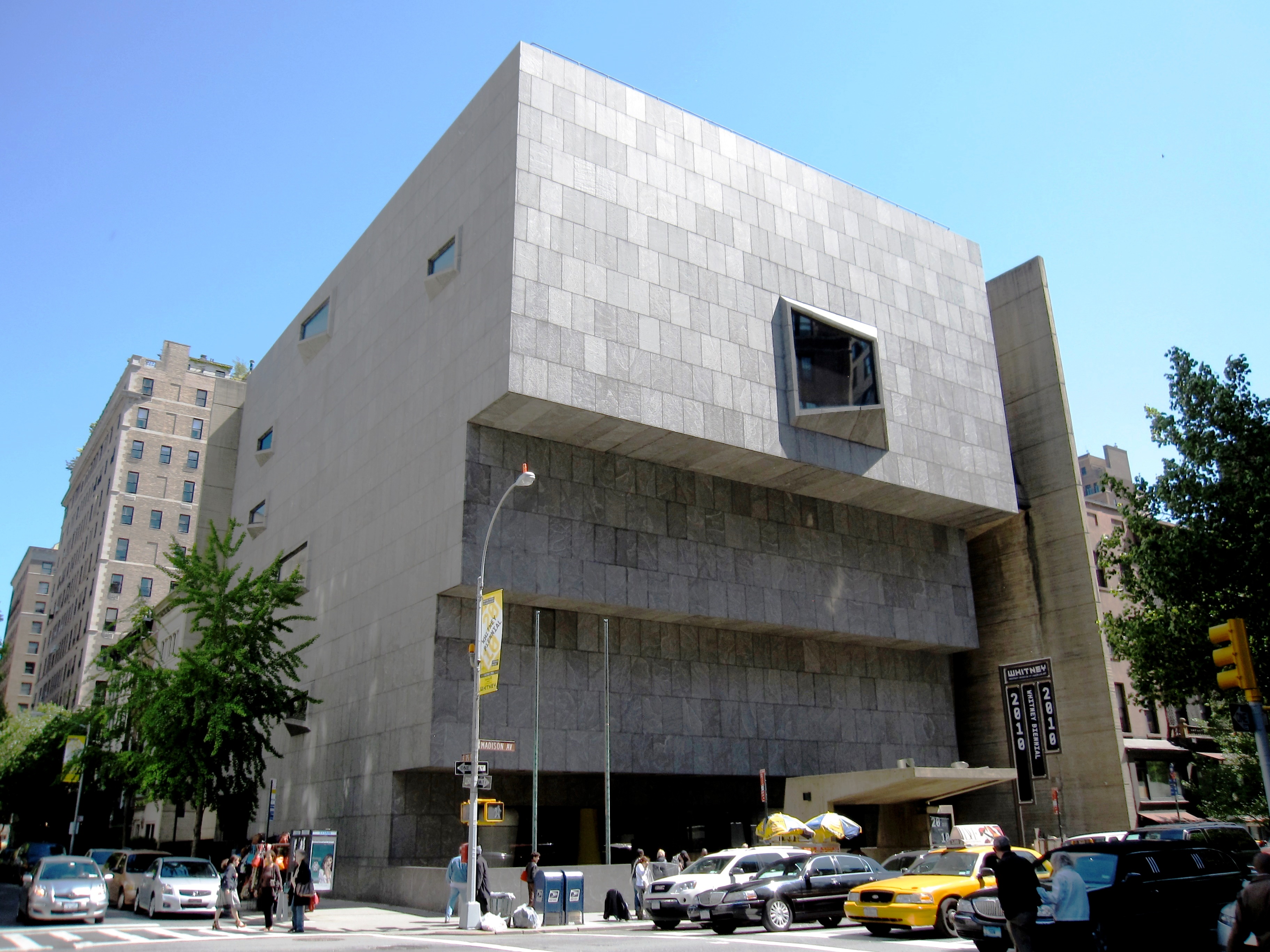 A newer museum, established on October 2, 2004, the Rubin Museum of Art is dedicated to the art and cultures of the Himalayas, India, and neighboring regions. It has a permanent collection focused on Tibetan art and it originated from a private collection of Himalayan art assembled by Donald and Shelley Rubin since 1974.

In 1998, the Rubins paid $22 million for a building that had been occupied by Barneys New York, a designer fashion department store that was closed due to bankruptcy. Preservation architects Beyer Blinder Belle remodeled the building into a museum and left the original six-story spiral staircase intact, transforming it into the center of the 25,000 square feet exhibition space. Renovation work was extensive and lasted for almost four years until the museum’s opening. The museum includes space for art galleries, an art-making studio, a theater for multimedia events, a café, and a gift shop. A 5,000 square foot Education Center adjacent to the main museum building was opened in September 2011. 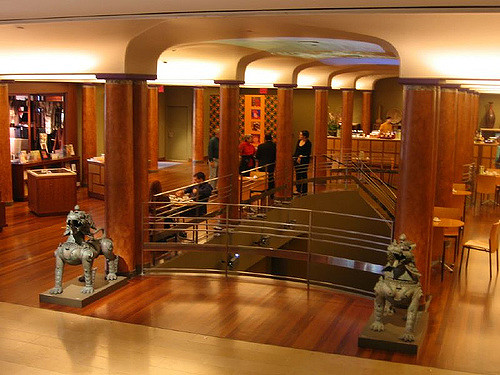 Art and cultural life represent an important part of New York’s identity; for the last century, Big Apple has been a reference point in the artistic world and those who are true art lovers and collectors should put New York on their must-visit list.